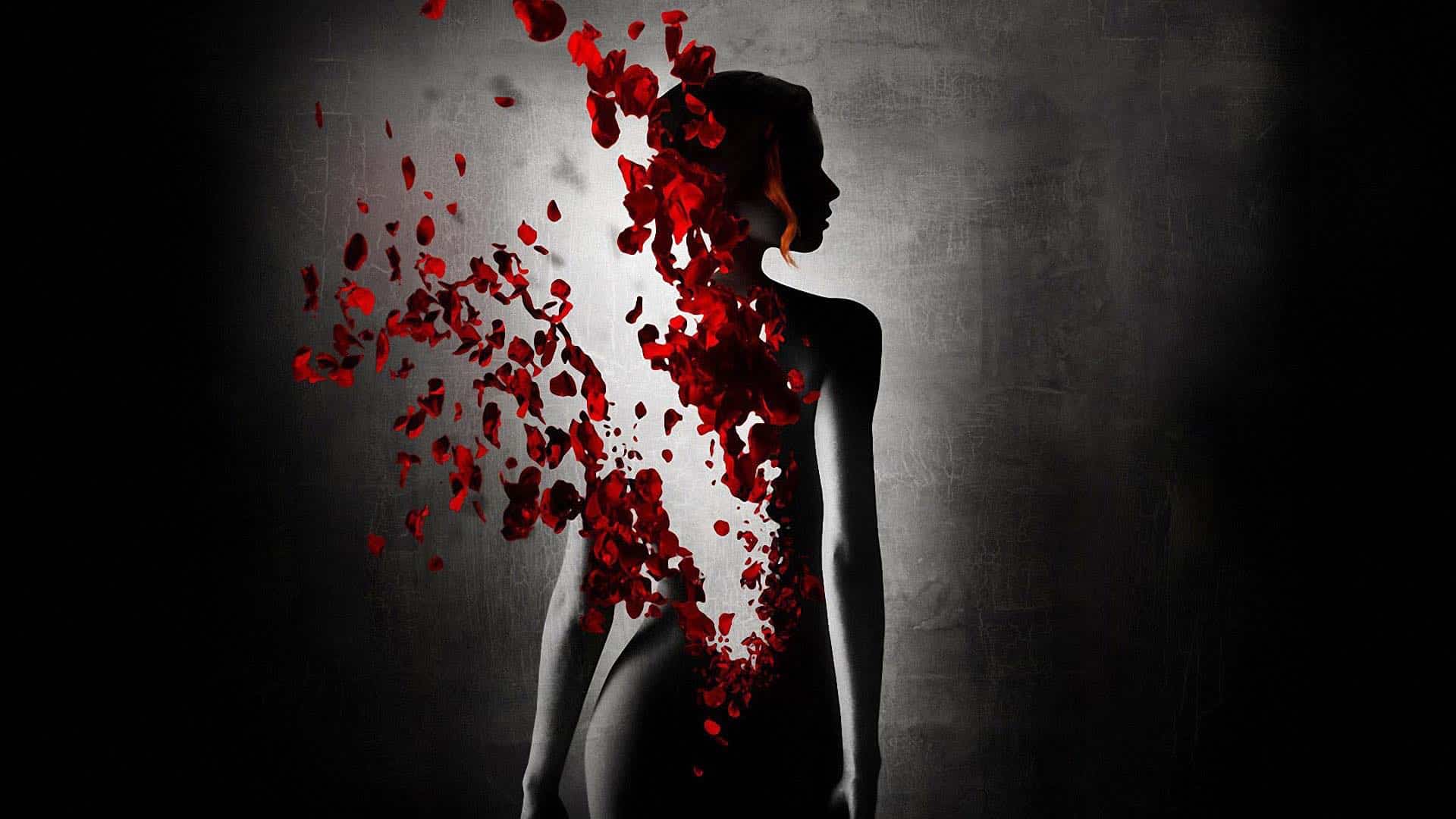 The psychological and neurological foundation of why mostly "normal" people go postal.

We will murder 38 people today in America. Over half of them will be family, friends, lovers, or acquaintances. Wives will shoot husbands. Boyfriends will strangle girlfriends. Parents will snuff out their kids. Teenage sons will stab their fathers.

Only 15 percent of the murders will involve a felony. More than a quarter will go down during an argument or a brawl.

Two thirds of the time, we will use a firearm. If we don’t have access to firepower, we will use our fists, knife, feet or a blunt instrument. Should those fail, we will strangle, asphyxiate, or drug.

Tomorrow the numbers will be the same. The tally for 2015 will be 14,000 slayings with a two percent variance. Year in and year out the homicide statistics by the Department of Justice and the FBI predict a stable future of mass slaughter.

Not a slaughter by psychos, professional killers, or whackos, but by “normal” folks like you, me and…

In the 1970s, psychologist Seymour Epstein formulated the so-called Cognitive-Experiential Self-Theory (CEST) in which the human brain uses two systems to process cognitive input: the analytical-rational, which is conscious, slow and logical (a.k.a. “Shakespeare”); and the intuitive-experiential, which is unconscious, fast, and emotionally-driven (a.k.a. “Lizard”).

The Lizard resides in the oldest part of our brain (the “reptile brain” evolved over 600 million years ago) called the basal ganglia. This area controls our motor movements, routine behaviors, and emotions.

Shakespeare lives in the more evolved (up to 10 million years old) outer region of the brain (the prefrontal cortex, located at the tip of the frontal lobe) where he handles analytical-rational functions, recognizes future consequences from current actions, and distinguishes between “good” and “bad” actions.

When we are convinced about our righteousness, moral decency and ability to control our future, it’s Shakespeare talking. Rest of the time, we’re on reptilian autopilot.

Author Malcolm Gladwell weighed the pros and cons of this duality in his 2005 book Blink. He uses the case of Amadou Diallo, a 22-year old Guinean American from lower Manhattan, to demonstrate one of the cons.

Diallo was unarmed and hanging out on his porch when four cops shot him 41 times. Prognosis: the relatively inexperienced officers’ were influenced by a racial bias, which activated their reptilian response. When Diallo pulled his wallet to show his ID, the cops “actually saw a gun” and responded in kind. Gladwell calls this phenomenon “thin-slicing.”

After millions of years of evolution, the Lizard continues to co-exist with us for a reason. Survival requires fast decisions in a jungle of threats. Although thin-slicing can result in mayhem, it also allows us to form instant expert opinions, hunches, and insights without using the slower Shakespeare… otherwise we’d be lost in a flood of cognitive input.

The flipside is that the Lizard also constructs instant stereotypes and thin-slices situations as dangerous when we’re not experienced enough and suffer an emotional bias, like racism, or passionate love.

I almost killed a man in my mid-twenties. It was a classic bar setup. He was a tall, Caucasian male, trying to get a drink on a Friday night, shoving his way through the crowd. He dropped my date to the ground with an arrogant elbow as he made his way to the bar. I picked her up and made sure she was all right, before heading over with the idea of “peaceful disarmament.”

By the time I got to him, my Lizard had taken over. 600 million year old synapses switched to DEFCON-1 mode and convinced me that I was staring at an existential threat: a hooligan.

While my Shakespeare experienced a whiteout, my Lizard took care of business. Moments later I regained consciousness and noticed a crowd staring at me. There was a lifeless body crumpled in front of me.

“We know what we are, but know not what we may be.”

The real Shakespeare seemed to be well aware of the reptile in him.

We don’t want to admit that we are never truly in control. We are masters at projecting ourselves as sane and complete individuals – especially to ourselves.

Moments before my whiteout, I thought I was acting “honorably.” I was Cool Hand Luke, taking care of the “bad guy.” But this was the Lizard talking. The Lizard is a master at patching up the black holes with details that “make sense.” And after the deed is committed, Shakespeare has to either follow the Lizard’s lead or admit that he is not in control (hard work).

Modern neurologists agree. The human brain mixes reality and fairytales in the same part of the brain. Our reality is like Vodka Martini.

Listen to two sides involved in a violent altercation, and you will hear two separate realities about “what happened.” Which one is actually real? An outside spectator might chip in with “what actually happened,” but coming from a human observer, it too would be emotionally thin-sliced.

Bring in a group of people and you still don’t necessarily validate objective phenomena. Often the opposite is true. Groups of people have the ability to compound observations even further via emotional contagion and cognitive dissonance. Take Fox News.

Bottom line. There is no single reality.

Yet someone still needs to take the rap for murder – and all other violent nonsense we commit on a daily basis. Fracking. War. Genocide. Child abuse. Trickle-down economics. Modern art.

Taking Control Of The Lizard

Most of the witnesses agreed. I was a slam-dunk maniac. I attacked a gentleman who was simply anxious to buy a beer.

Had the gentleman not finally stood up, I might have been disillusioned by how “unfair” society is for locking me up for something I didn’t do.

Punishing the Lizard doesn’t work, as demonstrated by the 2.4 million Americans inside the Prison Industrial Complex. Two out of three released prisoners are rearrested within three years.

But another approach might help to tackle the Lizard.

According to new experiments in dual-process theory (latest evolution of CEST), it is possible to train Shakespeare to be conscious of the Lizard. Implicit Association Tests, for example, measure our biases, such as racial bias, of which we are almost never aware. By repeated exposure to our unconscious biases, we can learn to understand our subconscious triggers.

Dual perception is becoming one of the “most significant theoretical developments in the history of social psychology,” according to more than 100 prominent PhD’s in the latest book on the subject, Dual-Process Theories of the Social Mind. But they also acknowledge that we are barely scratching the surface of the Pandora’s Box – our true psychological drivers.

The PhD’s know this much though. Shakespeare has the backseat up to 95 percent of the time. Rest of the time it’s the Lizard at the wheel.  That leaves us 3 minutes per hour for conscious decisions.

Despite the recent progress, it’s clear that we won’t be using dual perception theory to pacify a police state or wake up the warmongers for some time to come. But we can use it to identify our own telltale signs before our primitive selves take over. The singing in the eardrums, the quickening heartbeat, the pressure in the solar plexus… whatever pops our individual soda.

Modern psychiatry and neurochemistry tell us this much. In order to gain control, we first have to give up our illusion of control.

Coincidentally it’s what the Buddhists have been trying to tell us for millennia.