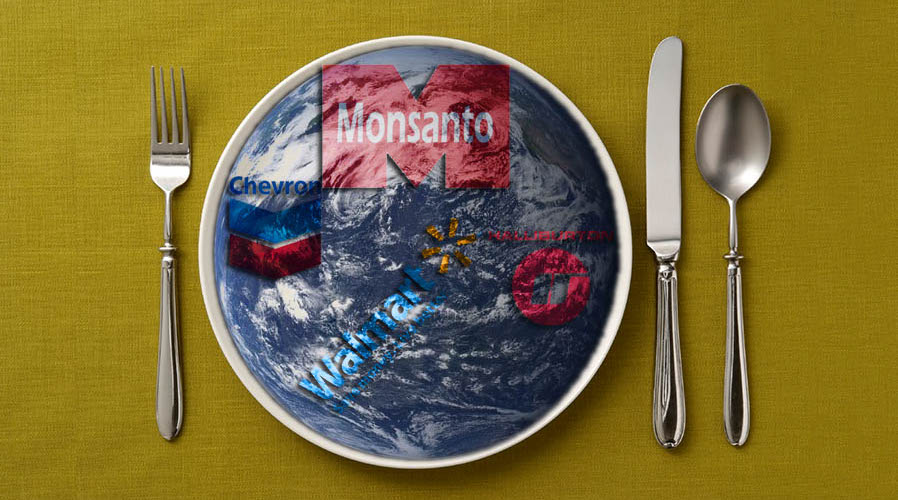 Brace Yourself: 600 Corporations To Define What To Eat

New global trade agreements are being negotiated behind closed doors that would force countries to harmonize food safety standards.

Under the new regulations proposed by TPP (Trans-Pacific Partnership, and TTIP (Transatlantic Trade and Investment Partnership), even the FDA won’t be able to stop the import of compromised foods, if it represents an acceptable standard in any other member country (e.g. Vietnam, Brunei, Mexico…).

In other words: If a radiation-flavored chicken happens to be an acceptable standard in any of the 12 participating countries, the rest of us will have to glow with it.

The public, nor the congress, will have any influence in setting these policies. The negotiations are held behind closed doors and the only participants making the new rules are 600 corporations. And you can bet they are jacking for the lowest common denominator to grease world trade.

The Trans-Pacific agreements also hijack local laws and regulations, swapping them with international tribunals.  For example, Doctors Without Borders is taking action against the TPP as the agreements would restrict access to generic medicines, meaning millions of people would not be able to afford life-saving treatments for HIV, malaria, tuberculosis etc. in over 70 countries.

The TPP and TTIP will cover more than 60% of the world’s GDP, and will not only impact our food, but also our copyright laws, civil liberties, internet services, and biological patents.

Read a full report from The Organic Consumers Association.

You can also access the secret negotiated draft text, acquired by Wikileaks.

If you feel like something is wrong with this picture, sign up with petitions from AVAAZ, EFF, or just open the window and cry out “Pee on Tee Pee Pee!”

SEX and the USA